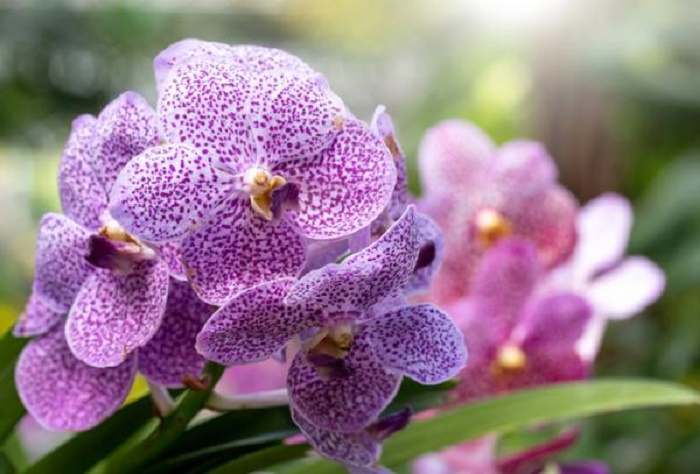 In other articles, we have tried on how to care for these elegant plants and spectacular flowers. Now we want you to know the types of orchids that you can find so that you can choose the one that best suits your tastes. To do this, we will make a small initial classification and then continue with some of the most used varieties in gardening. They are all beautiful and unique, but what kind of orchid do you like the most? 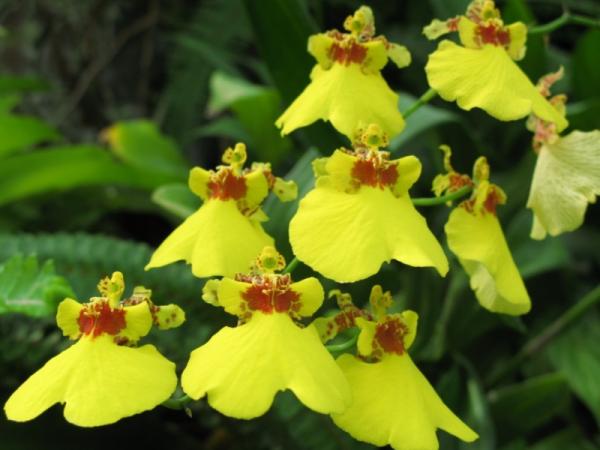 Orchids are divided into three main types according to their growth habits:

The epiphytic orchids need another plant as support for their rooting and growth. However, this does not mean that they feed on the plant in which they grow since they obtain their own nutrients from the humus deposited in the bark and from the humidity of the environment. In general, they grow near the top of the trees or in the trunk of plants as is the case of the palms, which are used for their growth, which keep them in an ideal semi-shade state.

Like the vast majority of plants, terrestrial orchids form their roots in the interior of the earth, allowing them to stand out in order to better absorb nutrients and environmental humidity.

This type of orchids are those that are rooted in stones that are covered with moss, or they can also be found rooted in leaves on the ground that is in decomposition. Although their group is much smaller than the previous two, they are the most commonly used as indoor plants.

Known as Calanthe, this orchid comes from both tropical and eastern climates. It differs from other tropical species by belonging to the group of terrestrial orchids. This species has a spectacular flowering and its flowers have a wide range of colors.

This orchid receives its name from the first European capable of reproducing and cultivating it successfully. The Cattleya orchid is native to the Caribbean and Central America, is characterized by having large flowers and intense colors. So much so, that some flowers can reach more than 30 centimeters in diameter.

This variety of orchids is well known and, in fact, it is very appreciated in florists and companies of interior and exterior designs for their flowers, since they are very curious because they look like wax and are also very durable. The orchid species Cymbidium comes from tropical Asia and Australia.

Also commonly known as a comet orchid, it has striking flowers and elongated leaves that end in a kind of thread that almost touches the ground. This variety called orchid Masdevallia comes mostly from South America, but we can also find it in the Caribbean islands and in Mexico.

This species has its origin in tropical Africa and the island of Madagascar. The Aerangis orchid is commonly called the hummingbird orchid because it belongs to the type of epiphytic orchid, that is, located in the trees. Thanks to its hairpins, it grows in the treetops and produces a great flowering. Although its flowers are small and usually white, they have a great ornamental value. In addition, it gives off a pleasant aroma.

It is one of the varieties with a huge amount of specimens and prefers temperate and fresh environments. One of the most striking features of the variety known as Dendrobium orchid is that they all have something similar to a spur.

The Phalaenopsis orchid is one of the most known and commercialized types of orchids. Known as butterfly orchids for the shape of its flowers, it is one of the simplest to cultivate and care for beginners. In addition, they are very easy to reproduce by cuttings and have more than 50 different varieties.

The Coelogyne orchid species has varieties of the two main types and is native to Southeast Asia, although we can also find it in areas such as New Guinea and the Pacific Islands. Some orchids of this variety have hanging panicles, like the ones in the image below. Its flowers are usually white with a yellow center.

Its flowers are bright and have a varied coloration that goes from bluish tones to warmer orange. It also has an abundant flowering and its flowers are large. The Vanda orchids are characterized by monopodial growth, ie suspended in the branches of trees. You can also have it as an indoor plant, since they require very basic care.

Also known as golden rain orchid due to the intense yellow color of its flowers, it is native to South America, but can also be found in Mexico. Some varieties of this species have spots or stripes of warm colors such as red or brown. They branch in panicles of great flowering.

Another one of the types of orchids that are exotic looking is the Lycaste orchid. One of the peculiarities of the Lycaste orchid is that it reproduces by means of pseudobulbs. From these sprout folded leaves and feature striking flowers for their coloration and size. This is a species native to South America and is a rare species to see in florists, so it is not easy to get.

This species has been created by hybridizations and crosses with other species of orchids. Like the Lycaste orchid, it reproduces by means of pseudobulbs, from which its leaves and flowers are born. The Cambria orchid is one of the types of orchids that belong to the group of epiphytes and does not require too complex care.

Princess Polly If you’re looking to update your wardrobe, you can rely on Princess Polly to have the latest trends in stock. cialis vs viagra Peppermayo Aussie fashion brand Peppermayo is a go-to for fun and easy fashion that won’t break the bank.