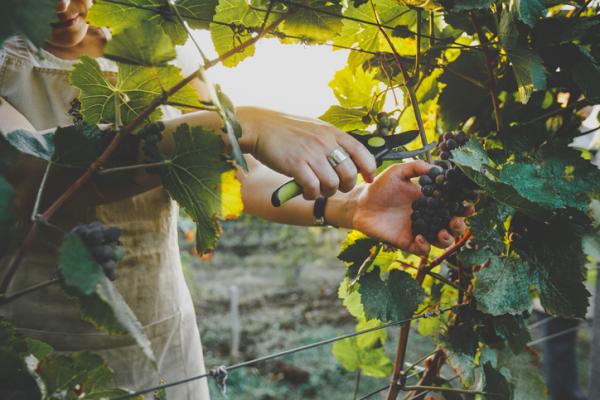 The Vitis vinifera, known worldwide as a vine or vine, is a premium widespread plant both on farms and in home gardening, either for its grapes, material from which the wine is made, and its traditional value and aesthetic. Pruning cannot be done in any way, and in this article, we are going to focus on explaining at what time and how to prune a grape vine.

Caring for a vine properly is not easy, and one of the aspects that should be taken into account with the vine is its pruning. This climbing plant can reach great heights in the wild, but both the farmer and the gardening enthusiast prune it almost always to keep bushes of much smaller size, which allow collecting their fruits with comfort.

How to prune a grape vine?

When deciding when to prune a vine, the same rule is followed as in the vast majority of plants: the vine must be pruned when it is in vegetative rest. Otherwise, the plant has not stored its nutrients properly and can weaken and lose a lot of energy with pruning. Thus, the usual pruning season will always be between the end of its fruiting season and the beginning of spring, before it regains its activity.

In this regard, there are those who advise pruning between the end of winter and the beginning of spring, since the plant produces a fruiting somewhat later but more abundant and optimal. 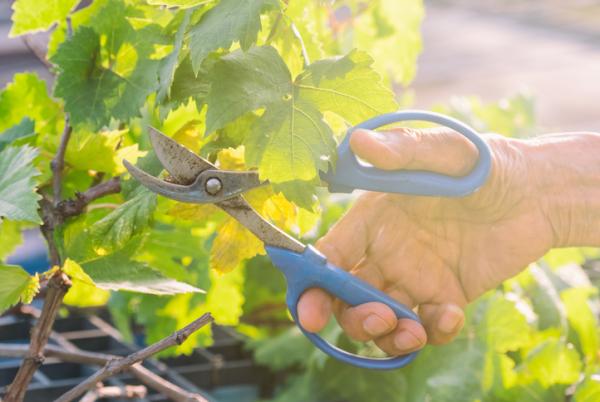 There are two types of pruning of a grapevine:

The pruning of formation takes place during the first years of life of the vine, and its function is to give a suitable shape and structure to the plant. This form will vary depending on the function you want to give your vine, it is not the same to seek a maximum production of grapes that, for example, a vine that shades in a garden.

Fruit pruning is carried out on older plants that already have an adequate base form, and its objective is that the plant grows healthy and gives good fruit.

How to prune a young vine?

The pruning is performed during the first 3 to 4 years of the vine. Pruning should be carried out in the first winter after planting, although if your vine is too small and weak, you can wait until the following year.

In the first training pruning, choose the strongest and most straight branch of your vine, which will become its main branch. You should prune all other weak branches to the base, and also prune the main shoot leaving 2 buds if it is a vine of black grapes, or 3 if they are white grapes. In the next training pruning, choose again the strongest shoot and cut the others, leaving the main one about 30 cm in length. In addition, here it will be convenient to tie the branch to a guide or support, and when it grows enough to reach the height of it, pin it to branch, and clamp those same branches the following year, about 25 cm in length.

There are other types of training pruning, but this is the most used to get vines that give a good amount of fruit without reaching too high.

How to prune an old vine

The fruiting pruning is done on vines that already have their desired basic structure, and only need adequate maintenance to eliminate parts in poor condition and that their branches do not remove the sun between them.

To continue stimulating the growth of the grapevine, you must prune the oldest branches of wood that no longer produce new shoots. It also prunes any branch or part that appears to be sick or in poor condition, and eliminates new shoots that are going to cross the main branches or can hinder their growth by covering the light.

How to prune a vine to shade

If the main objective of your vine is to shade before fruit, the pruning of formation should be completely different.

Steps to prune a vine to shade:

Leave only the strongest stem of your vine, tied to a support so that it rises above it, and eliminates the lateral buds that appear until the vine reaches the desired height, from where it will stimulate its growth and foliage over the supports that you place so that it gives an adequate shade when it finishes covering them.

When grapes are collected?

The harvest or collection of the grapes depends on when the pruning of the vine and the weather conditions of the area and the season have been carried out.

However, it is usual to start well into the summer, around the middle or end of July, and to last until September.

There are many possible side effects that may be caused by Viagra, but a few are the most common. cialis malaysia price These include headaches, flushing of the skin, abnormal vision, back pain, nausea dizziness, nasal congestion, indigestion, muscle pain, and a skin rash.