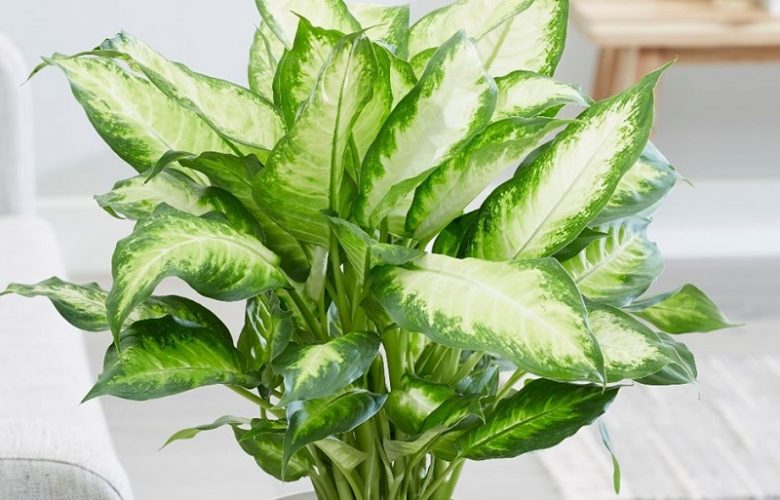 It is very likely that you have seen dieffenbachias more than once in any home as an indoor plant. These tropical plants are very popular, as they develop well in shady conditions and their striking Dieffenbachia plant leaves have great decorative value.

What is the dieffenbachia plant: characteristics

Dieffenbachia is a genus of plants in the family of the Araceae composed of almost 30 different species. Of all of them, only some are those that are commonly used as houseplants, among which dieffenbachia bowman stands out. They are native to Central and South America and receive their name from the German doctor Ernst Dieffenbach.

They are plants that can reach heights of 20 meters, although others do not exceed 3 meters. Its leaves are oval or lanceolate, a beautiful dark green color with light spots in the center.

Apart from bowman, some of the known dieffenbachia species are the following:

These tropical plants are very resistant to closed environments, hence their popularity as indoor plants. However, despite being strong and suitable for beginners, it is worth reviewing the basic care of the dieffenbachia plant :

Light and temperature for a dieffenbachia 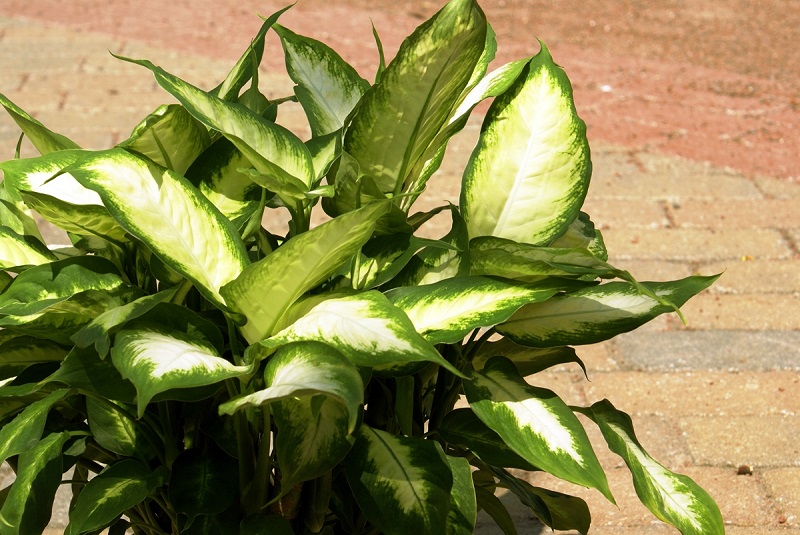 As far as light is concerned, dieffenbachia can tolerate being in the shade, although it is advisable to place it in bright rooms. If it is exposed to direct sunlight, it will lose its lower leaves, so it will usually be a semi-shade spot.

In addition, this plant does not tolerate drastic temperature changes well, which is another reason why it tends to be grown indoors, where the temperature of the home is more similar throughout the year. The air currents do not do well either.

With the substrate, the most important thing is that it offers good drainage. Coconut fiber substrates tend to offer very good qualities in this regard, and a bed of gravel or expanded clay at the base of the pot could also help. Of course, it is also necessary that the pot has drainage holes.

You may interest- 7 Home gardening tips

Watering of the dieffenbachia 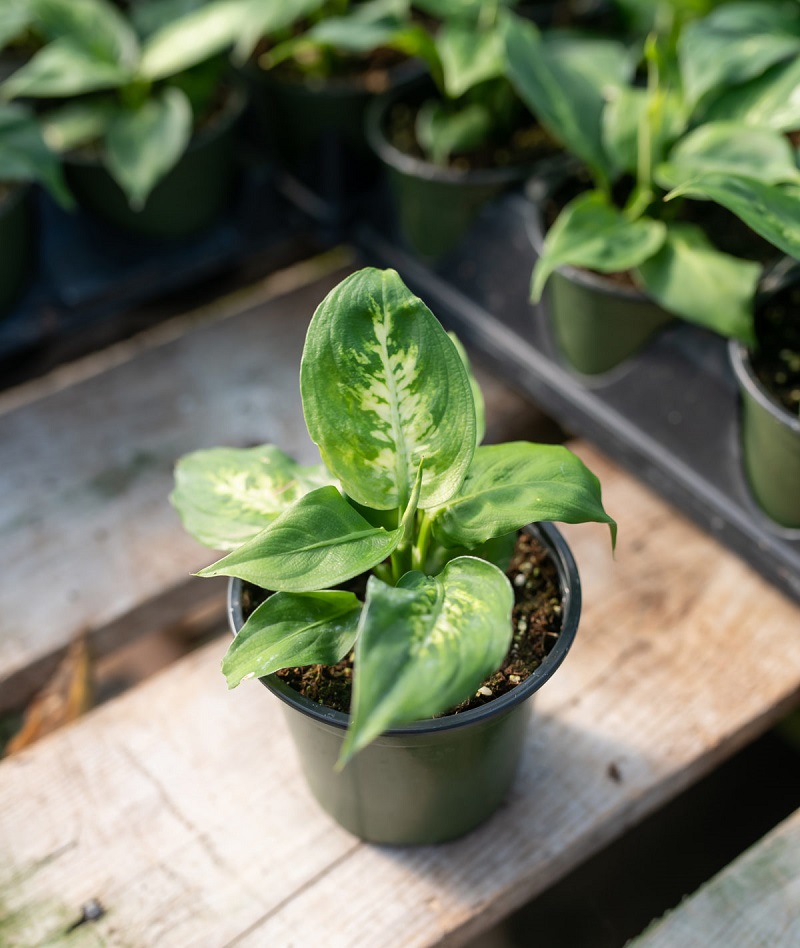 When it comes to watering, as it is a tropical plant, it needs the substrate to remain moist, although always uncharged, which would cause damage to its roots. This plant does not tolerate very hard water very well. So if you use tap water. You can soften it by boiling it and letting it stand, or simply exposing it to direct sun for a while.

You may also like- How to make wood floors less slippery 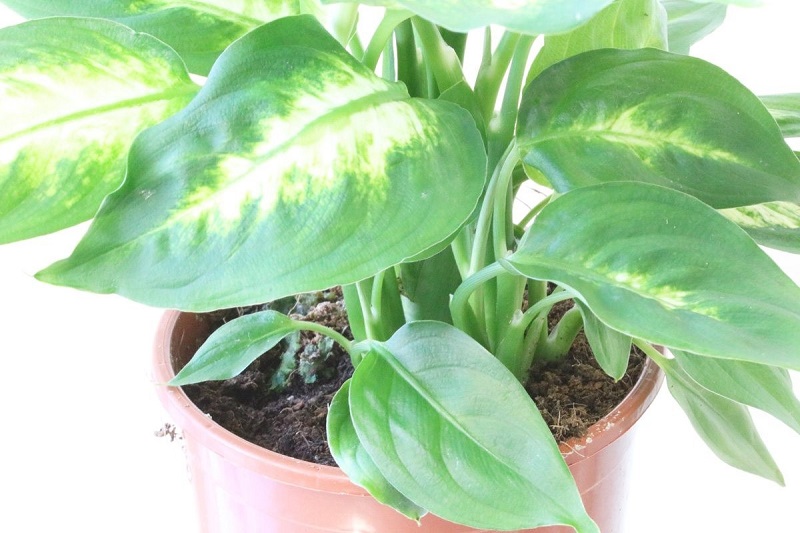 The plant appreciates the fertilizer doses every 15 days in the warm months and, instead. Pay at most once a month in the cold months. In this other Green Ecology post, we tell you how to make homemade organic fertilizer for plants.

Is the dieffenbachia plant poisonous?

There are rumors about the toxicity of dieffenbachia that claim it is highly deadly for people and pets. While it is true that we are facing a toxic plant, its degree of danger is far from what some attribute to it, and although it can cause some discomfort or symptoms, it is not a deadly plant, except in very rare and extreme cases in which consumed a large amount or suffered from a previous serious state of health.

The first thing to keep in mind is that, obviously, the leaves of the plant should not be ingested. If done by mistake, it could cause aphonia and inflammation, burning and other digestive discomfort, leading to nausea, vomiting or diarrhea in severe cases. In addition, pain or damage to the eyes can occur, so you also have to avoid touching your eyes after touching the leaves of the plant, which are those that contain the crystals of the toxic compound. In the same way, it is preferable to handle it with gloves. Especially if the contact causes us some kind of skin discomfort.

Taking all this into account, the plant is only dangerous for young children and pets, who could ingest it by mistake, so if any of them are at home, it is advisable to have dieffenbachia out of reach.

Hi, I am Ronney Chowdhury; I am an entrepreneur, father, mentor and adventurer passionate about life. At this moment, I am working with depression and anxiety; here is my blogs how to recover from anxiety and how to fight with anxiety. I hope everyone will like my blogs.